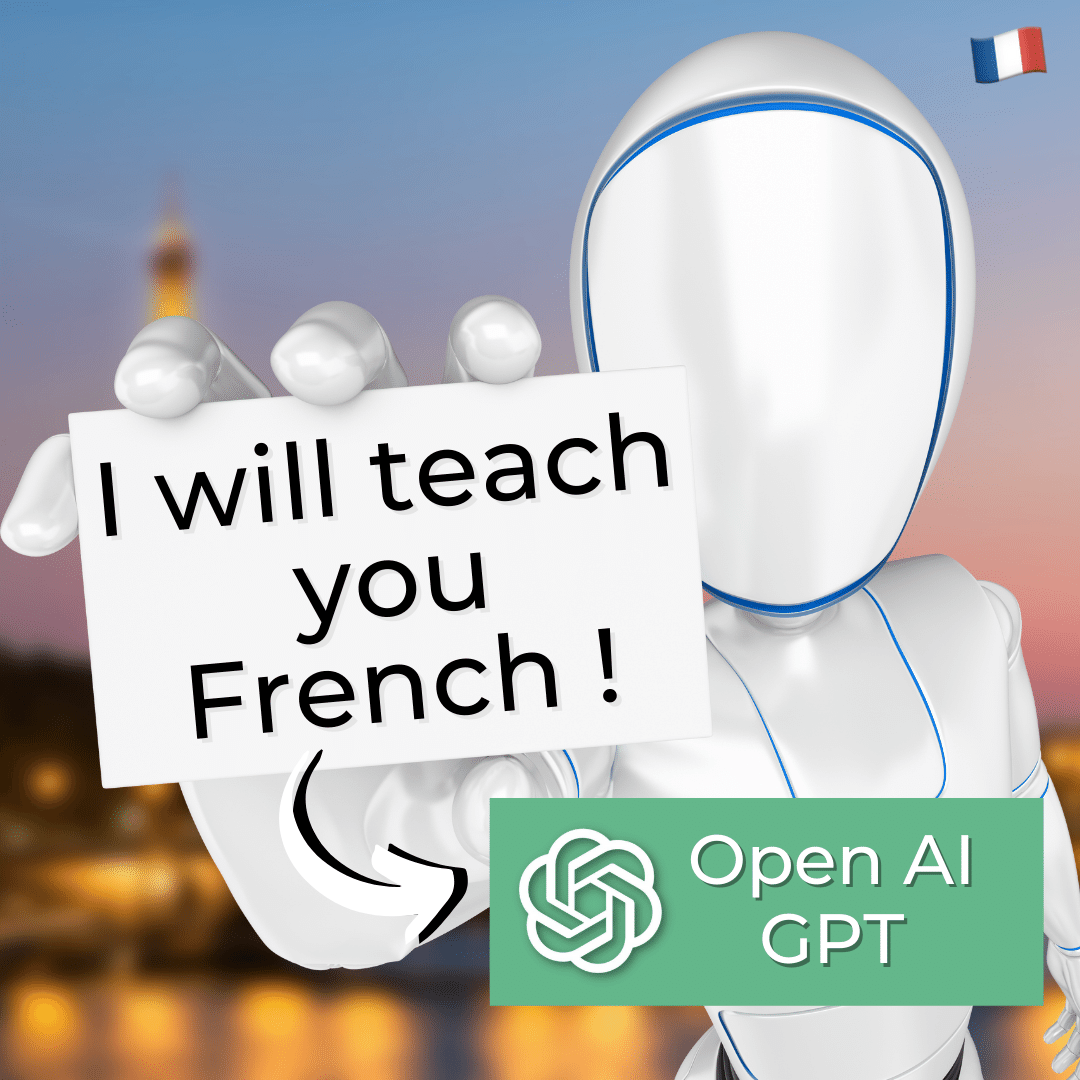 What is the GPT chat?

The GPT chat was created on the basis of artificial intelligence. It works as a virtual assistant designed to answer our questions. It understands our questions and can give us precise and relevant answers.

It is also programmed to be able to communicate in a natural way, so that we can interact with it as with a real person.

Even if this is not its primary purpose, it can eventually be used to help learn French in different ways and this is what we will see now!

You can use the GPT chat to answer your questions about French: grammar, vocabulary and even culture.

I find her answers quite precise, well explained and with examples.

For example, I will ask him: how to use the imparfait tense in French?

Then the GPT chat tells me:

🤖 L'imparfait is a past tense that is used to describe an action that took place or was repeated in a usual or regular way in the past. It also expresses a state or situation that was in progress at a given time in the past.

That's right, that's correct. Then he gives me some examples with the imparfait tense:

Yes, I would say it was a habit.

The examples are good. I admit that it may lack a little detail. But, you can always ask him for more details, that's the advantage of this chat.

I'm going to ask him: why is the imparfait tense used in this sentence “Je regardais la télévision tous les soirs.” ?

🤖 You are using the imparfait tense in this sentence because you are talking about an action that was usually or regularly taking place in the past. The imparfait tense is used to talk about actions or situations that were ongoing in the past, without specifying how long they lasted or how they ended.

Ok, it's well explained! And then he gives me more examples.

I'm going to ask him another question: What is the difference between the pronoun EN and Y?

🤖 Here are some examples of how these two pronouns are used:

So, this example is wrong. It's not natural at all. We'll say instead: Je vais mettre la pomme dessus or Je vais la mettre dessus.

Yes, then the pronoun EN replaces LIVRE and you must remember to add the UN at the end.

🤖 The pronoun EN can also be used to express duration or quantity. For example:

So it's the Y pronoun for duration, not EN. He told me the opposite just before.

🤖 Does this answer your question?

Well, that answers my question, but it's not perfect. It's not worth a lesson from a certified teacher. You have to be careful when you ask him questions about grammar.

I find the GPT chat much better on vocabulary. For example, if I ask it what is the difference between AMENER and EMMENER?

🤖 AMENER and  EMMENER are two French verbs which have similar meanings, but which are not quite identical.

🤖 AMENER means to lead someone or something to a place. For example, we can say "Je t'amène à la gare" pour dire que l'on va conduire quelqu'un jusqu'à la gare, or "Il a amené son chien au parc" to say that he drove his dog to the park.

🤖 EMMENER means to take someone with you when moving to a place. For example, you can say "Je t'emmène en voyage" pour dire que l'on va prendre quelqu'un avec soi en voyageant, or "Il a emmené sa famille en vacances"  to say that he took his family with him when he went on vacation.

Yes, that is correct! When you have a question about French, the GPT chat can give you a satisfactory answer.

🤖 Here are some phrases that can be useful at the airport:

It's great honestly! It's really good for learning new vocabulary and useful phrases.

The GPT chat corrects your sentences in French

The GPT chat can help you correct your French sentences. If you write a text in French, you can ask it to correct your mistakes.

I'll write a sentence with a mistake in it, let's see what he says : Si j’aurais acheté cette maison, je vivrais à Marseille.

So, the GPT chat has corrected my sentence well. I must say “Si j’avais” and not “Si j’aurais”.

But the explanation is not good at all.

Well, it's efficient, but not perfect!

The GPT chat can translate your sentences into French

The GPT chat can also be used to translate text from one foreign language to another. You can then ask it to translate several sentences.

I will ask him to translate a sentence in English into French: I’m learning French with you.

You can also do the opposite. You can ask the GPT chat to translate a sentence from French to Spanish.

Speak in French with the GPT-3 chat:

So, you can also practice your French with the GPT chat. This is not its main purpose, but you can try.

So I asked him : Can we have a conversation in French to practice ? You ask me one question, I answer and you ask another question after. You can correct me only if my sentence is wrong.

So I made a mistake on purpose "J’aime très bien” this is not correct, we will say “J’aime beaucoup ce livre”. But GPT did not correct me.

So, next, the GPT chat told me:

I am quite surprised at the relevance of these questions. I answered: Non, c'est le seul que j'ai lu.

And he said to me:

I'm really impressed with the relevance of these questions, it feels very natural!

And the conversation continues it's quite natural and interesting frankly!

Well, on the other hand, the GPT chat does not naturally correct my sentences or sometimes the corrections are not always good.

In conclusion on the GPT chat:

The GPT chat is a very powerful artificial intelligence that can help you in many ways to improve your French.

However, it is important to note that GPT is still a developing system and was not designed specifically for foreign language learning.

And the GPT chat told me so himself, because I asked him how to learn French with it. And he answered me:

🤖 It's important to note that GPT-3 chat can help you learn French, but it will not replace a teacher or a structured learning program. To make rapid progress in French, it is recommended that you take courses or work with a qualified teacher.

Thank you chat GPT you will not kill the profession of French teacher!

It's true that if you want to practice your French and get corrections from teachers. And even more than that, access a community to learn French, improve your vocabulary and grammar. I suggest you join my French conversation group Ohlala French Coffee. 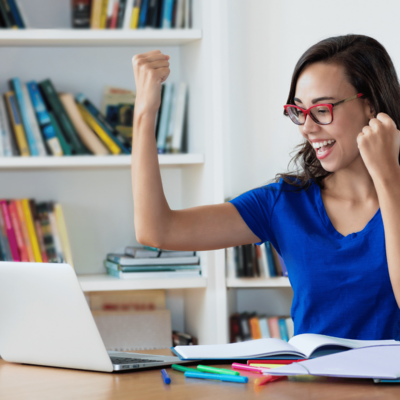 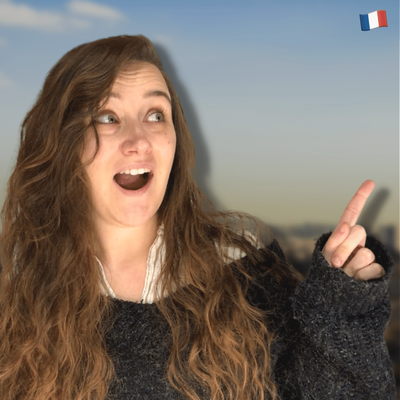 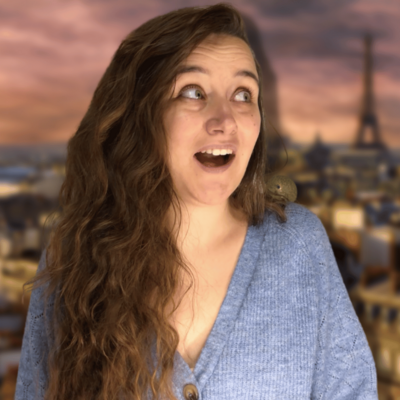