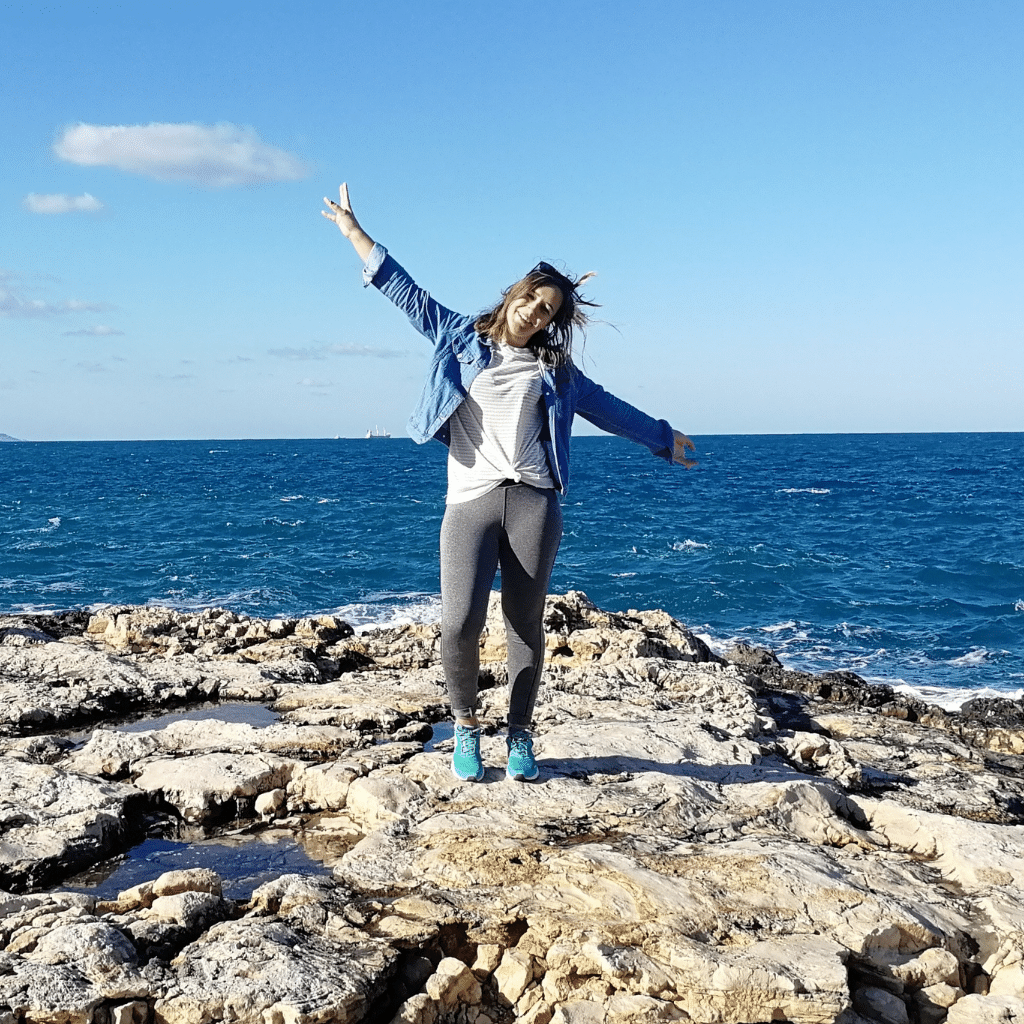 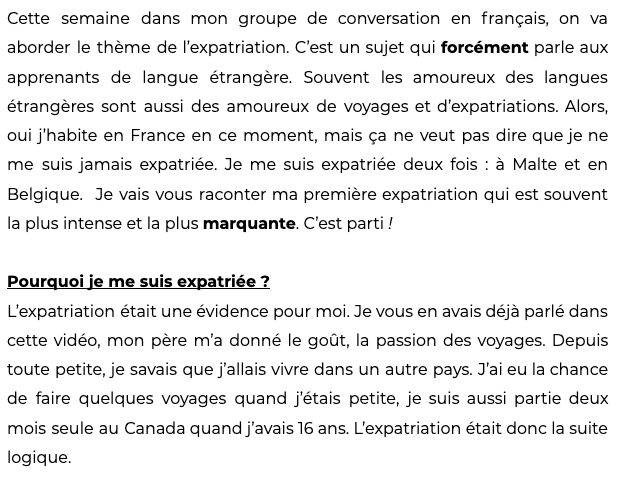 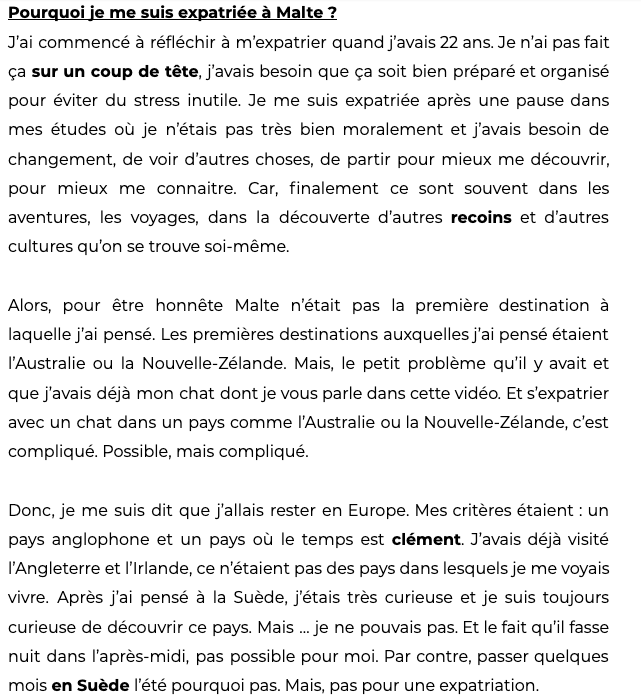 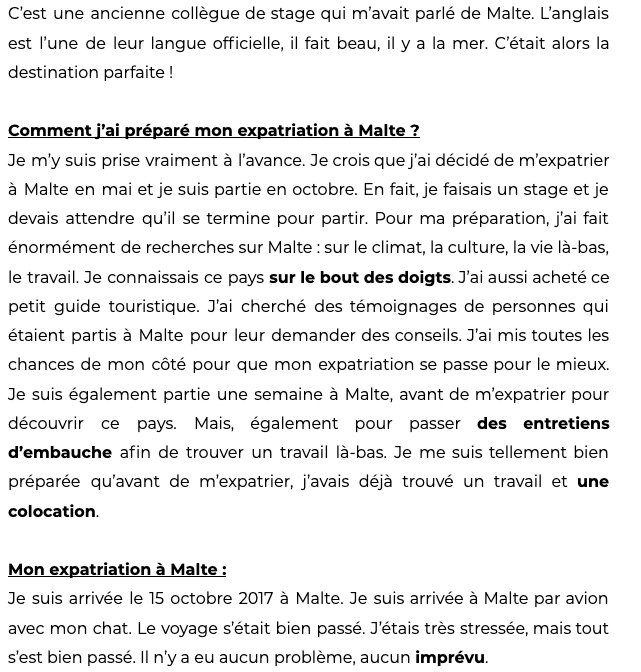 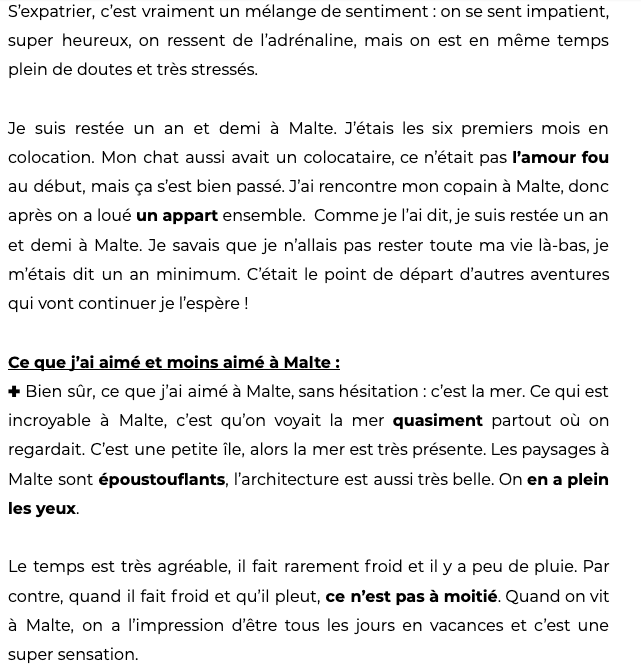 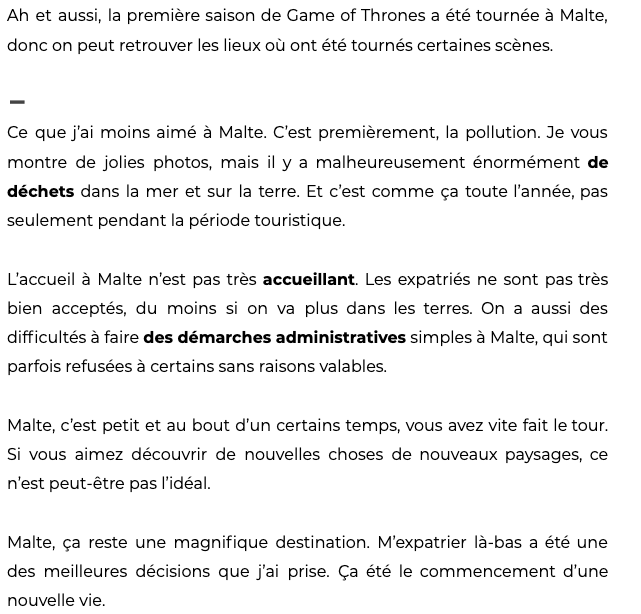 So, yes, I live in France right now, but that doesn't mean that I've never expatriated. I have expatriated twice: to Malta and to Belgium.  I'm going to tell you about my first expatriation, which is often the most intense and the most memorable. Let's go!

Why did I move abroad?

Expatriation was an obvious choice for me. I had already talked about it in this video, my father gave me the taste, the passion of travel.

Since I was a little girl, I knew that I was going to live in another country. I had the chance to travel a few times when I was little, I also went alone to Canada for two months when I was 16. So expatriation was the logical next step.

Why did I move to Malta?

I started thinking about moving abroad when I was 22 years old. I didn't do it on a whim, I needed it to be well prepared and organized to avoid unnecessary stress.

I expatriated after a break in my studies where I was not very well morally and I needed a change, to see other things, to leave to discover myself better, to know myself better. Because, in the end, it is often in adventures, in travels, in the discovery of other corners and other cultures that one finds oneself.

So, I told myself that I would stay in Europe. My criteria were: an English-speaking country and a country with good weather. I had already visited England and Ireland, but they were not countries where I saw myself living. Then I thought of Sweden, I was very curious and I am still curious to discover this country. But ... I couldn't. And the fact that it is dark in the afternoon, not possible for me. On the other hand, spending a few months in Sweden in the summer, why not. But not for an expatriation.

A former internship colleague told me about Malta. English is one of their official languages, the weather is nice, there is the sea. It was then the perfect destination!

How did I prepare my expatriation to Malta?

I did it really early. I think I decided to move to Malta in May and I left in October. In fact, I was doing an internship and I had to wait for it to end before leaving.

For my preparation, I did a lot of research on Malta: on the climate, the culture, the life there, the work. I knew this country like the back of my hand. I also bought this little tourist guide. I looked for testimonies of people who had gone to Malta to ask them for advice.

I put all the chances on my side so that my expatriation would go smoothly. I also spent a week in Malta before moving to discover this country. But, also to pass job interviews in order to find a job there. I prepared myself so well that before I went abroad, I had already found a job and a roommate.

My expatriation in Malta :

I arrived on October 15, 2017 in Malta. I arrived in Malta by plane with my cat. The trip had gone well. I was very stressed, but everything went well. There were no problems, no unforeseen events.

Going abroad is really a mixture of feelings: you feel impatient, super happy, you feel adrenaline, but at the same time you are full of doubts and very stressed.

I was in Malta for a year and a half. The first six months I lived with a roommate. My cat also had a roommate, it wasn't love at first, but it went well. I met my boyfriend in Malta, so after that we rented an apartment together.

As I said, I stayed in Malta for a year and a half. I knew I wasn't going to stay there all my life, I told myself one year minimum. It was the starting point of other adventures that I hope will continue!

What I liked and disliked about Malta :

✚ Of course, what I liked in Malta, without hesitation, was the sea. What is incredible in Malta is that you could see the sea almost everywhere you looked. It is a small island, so the sea is very present. The landscapes in Malta are breathtaking, the architecture is also very beautiful. We have a lot of eyes.

The weather is very pleasant, it is rarely cold and there is little rain. On the other hand, when it's cold and raining, it's not half bad. When you live in Malta, you feel like you're on vacation every day and it's a great feeling.

Oh and also, the first season of Game of Thrones was filmed in Malta, so you can find the places where some scenes were shot.

➖ What I liked less in Malta. First of all, the pollution. I show you nice pictures, but unfortunately there is a lot of waste in the sea and on the land. And it's like that all year round, not only during the tourist season.

The welcome in Malta is not very welcoming. Expatriates are not very well accepted, at least if you go further inland. It is also difficult to make simple administrative steps in Malta, which are sometimes refused to some without valid reasons.

Malta is small and after a while, you will have done the trick. If you like to discover new things and new landscapes, this may not be the ideal place.

Malta is still a wonderful destination. Moving there was one of the best decisions I ever made. It was the beginning of a new life.

Vocabulary of expatriation in French : 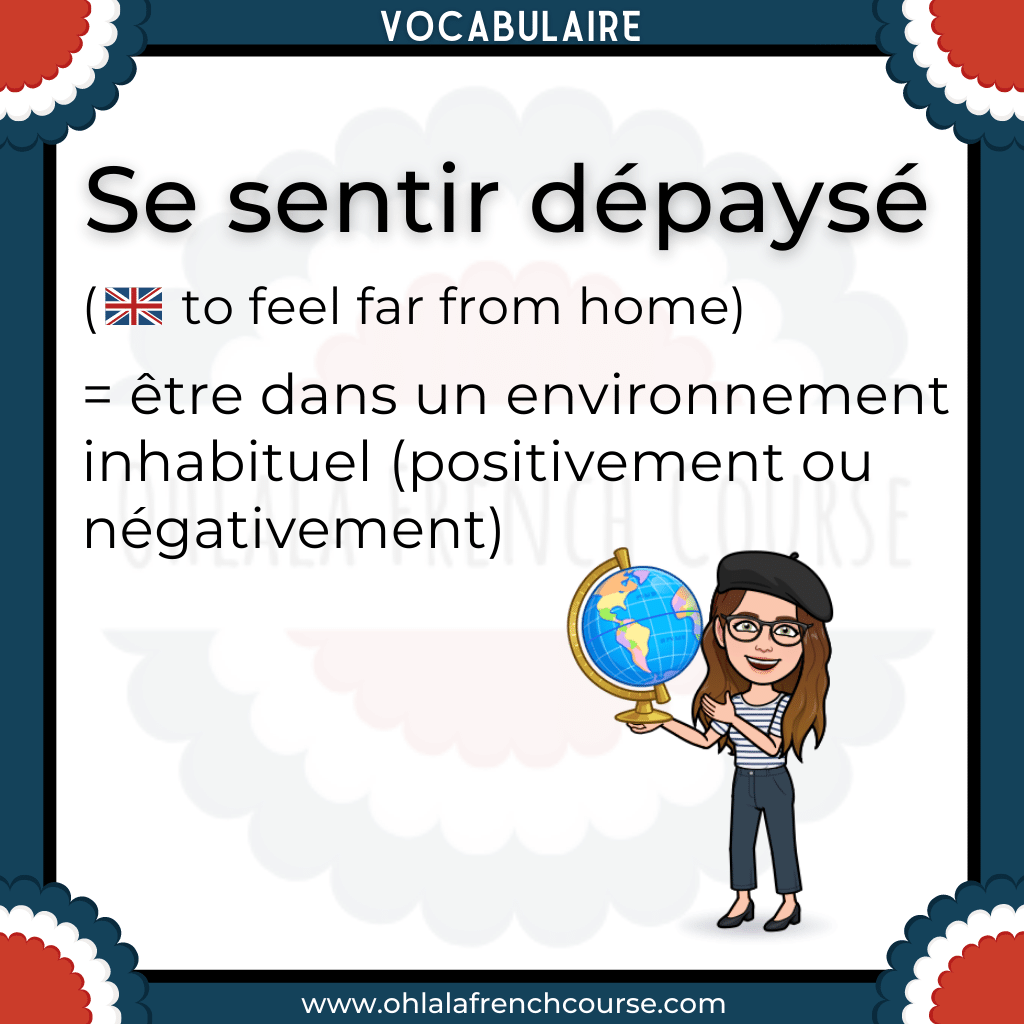 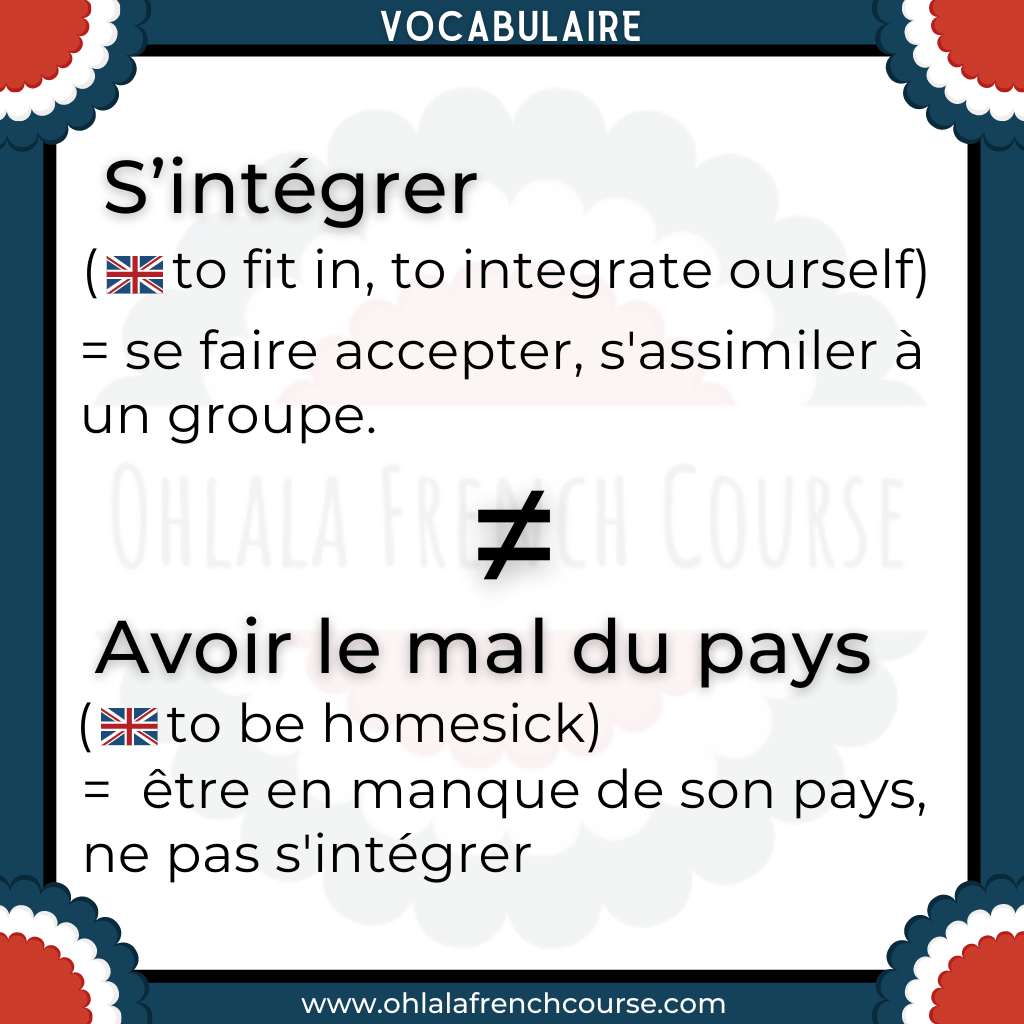 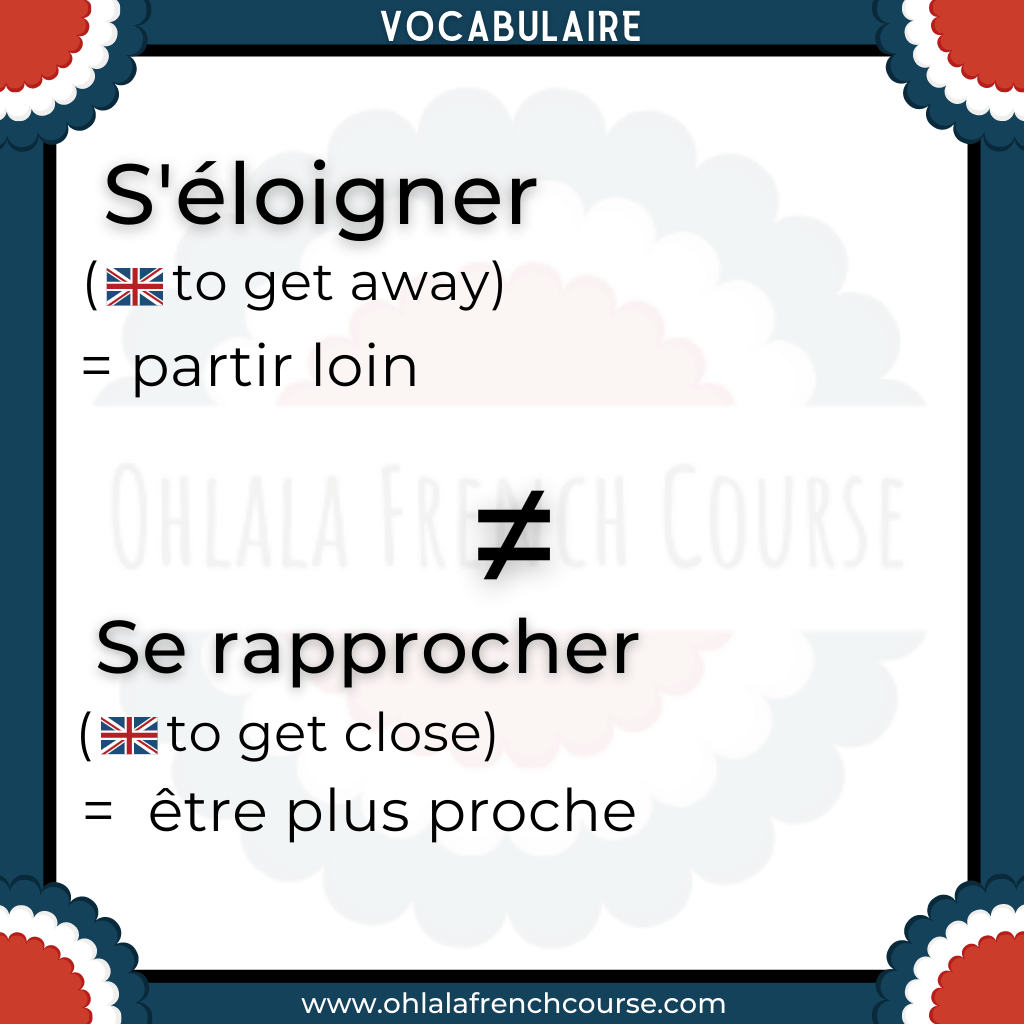 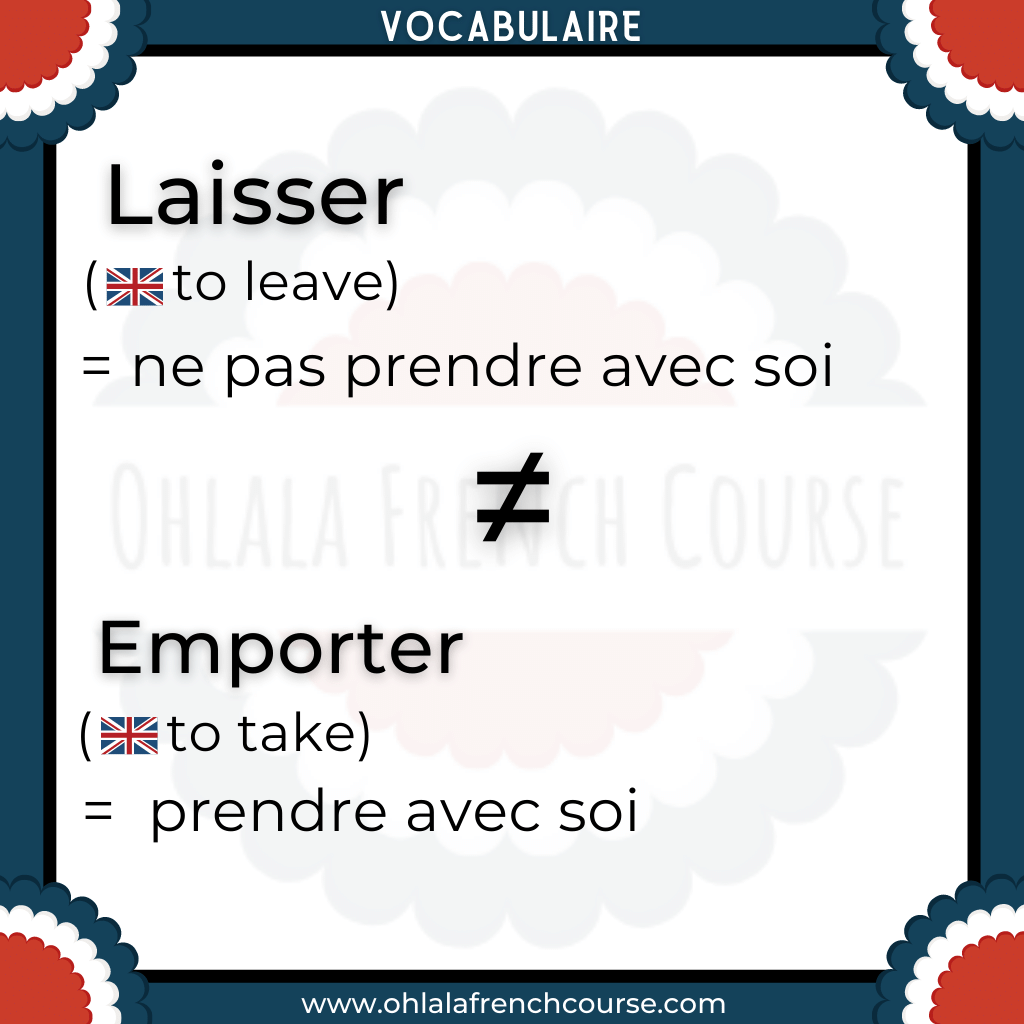 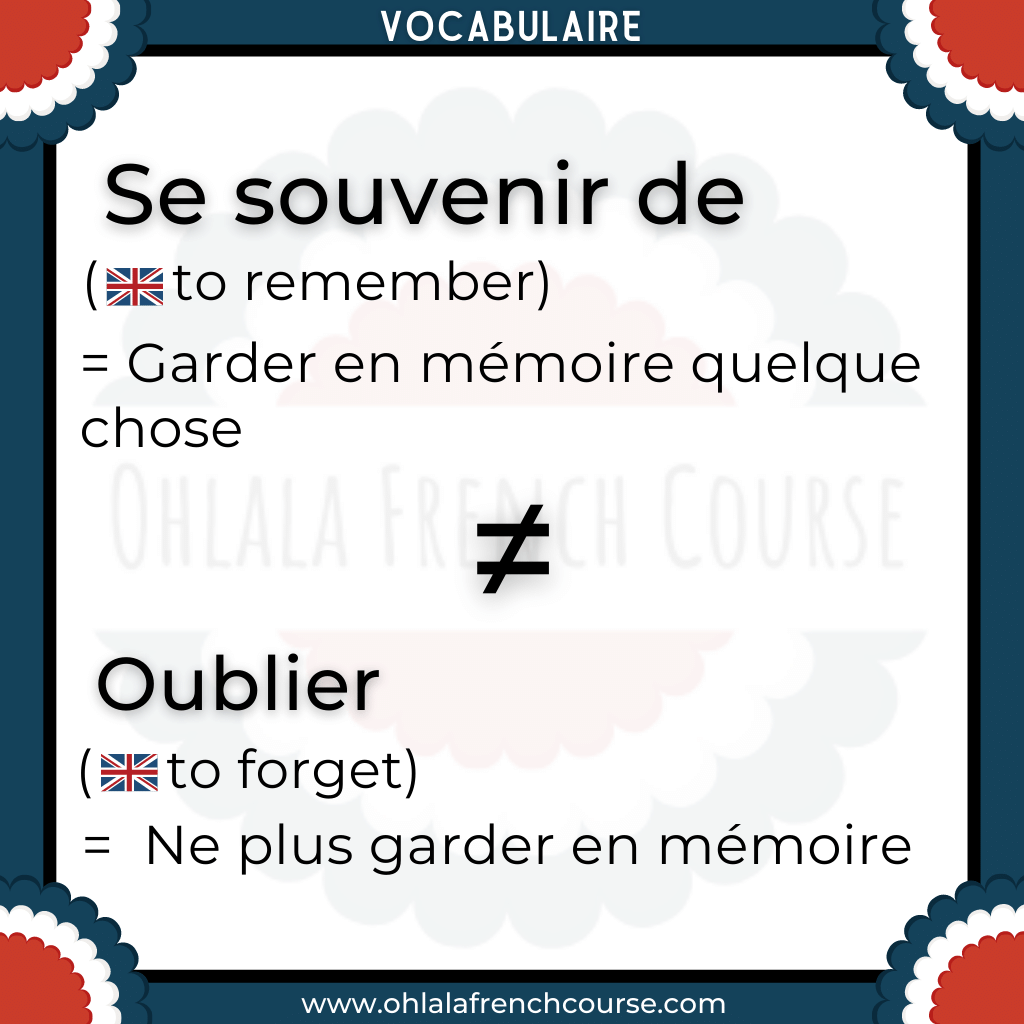 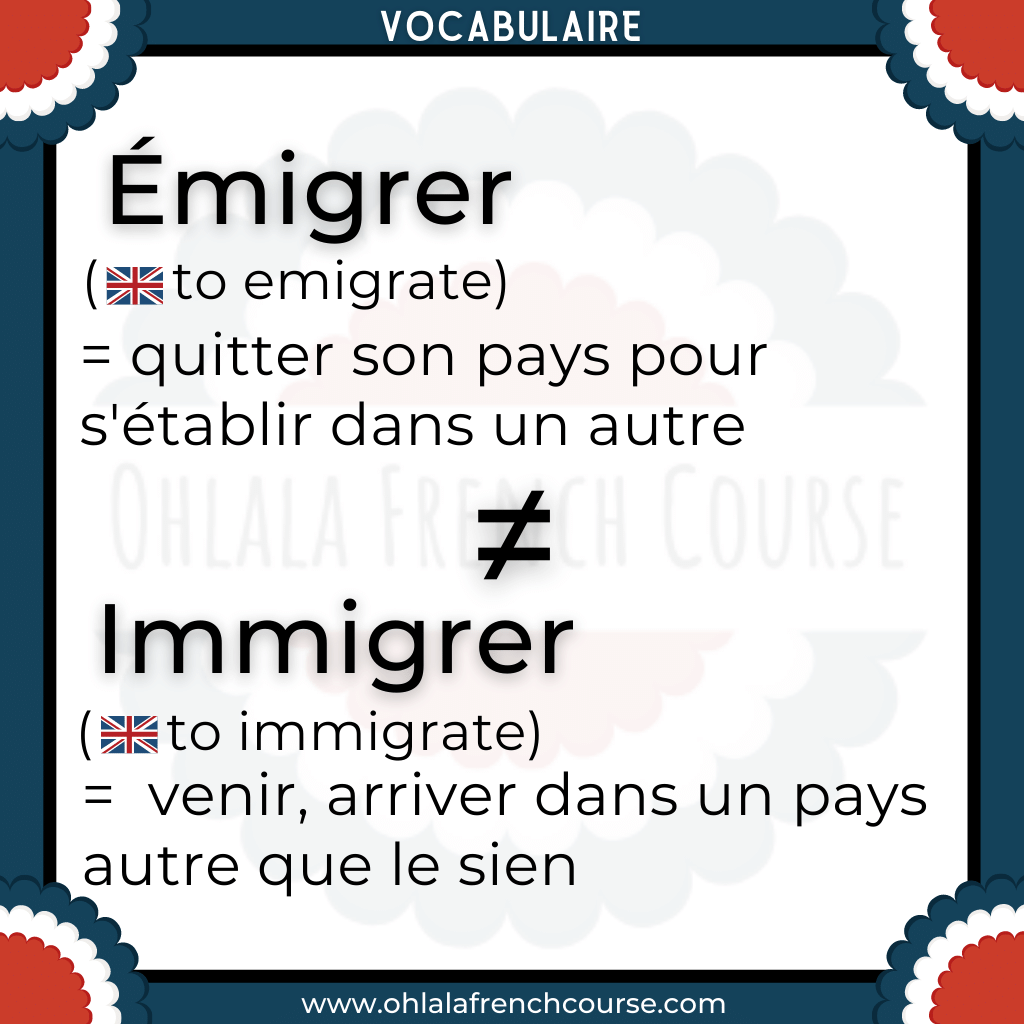 Have you ever been expatriated?

An email has been sent to you, check your mailbox.
Contact me
info@ohlalafrenchcourse.com
Quick links
home shop courses blog Level test about contact
Stay in touch !
Follow me on my social networks and let’s keep in touch.